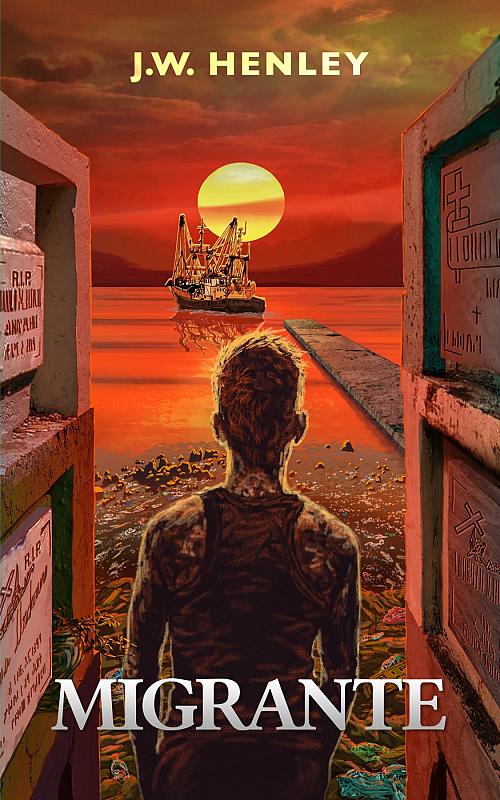 Rizal, a young man from the Navotas City Cemetery, spends his days and nights among the dead, dreaming of something more. Amid the tombs he tends to for a pittance, living in a mausoleum with his mother, he can sense it when he looks out from the shores of Manila Bay — that feeling of a world of opportunity, somewhere beyond the horizon.

If he could find a way out, perhaps, somehow, some way, he could earn a better life for himself and his mother. He could even win back the mother of his infant daughter and bring his young family out of the mire of poverty. But how?

Rizal hears of work in a fishing fleet in a far-off place—Taiwan. In a matter of weeks, he finds himself whisked away to a new world, standing on the deck of an old, rusting tub, the youngest of a greenhorn crew.

The dream quickly turns nightmare.. Rizal learns fast that life in the Taiwan fleet isn’t anything like it was made out to be. Gone are thoughts of earning big money, sending some home to his mother and child. The message he and his crewman receive is clear. Work, take what we give you, be grateful, and above all, be silent.

Tethered to an abusive captain, Rizal fights for his life. Will he become one of the nameless dead, like those countless unclaimed remains back in the cemetery? Or will Rizal find hope amid the grimmest of circumstances?

Migrante, the story of a Filipino fisherman, one of thousands in the Taiwan fleet, paints a stark picture of the reality facing the migrant workers of the world — people who exist outside the public eye.

All proceeds will be donated to the Yilan Migrant Fisherman's Union and the Serve the People Association.

J.W. Henley’s latest book Migrante is a bleak, heart-wrenching novel about the poorest of the poor. And it’s an outstanding read.

One of the most difficult exercises a novelist can undertake is writing from another cultural perspective… Taipei-based, Canadian-born journalist and author J.W. Henley pulls off this feat masterfully in his new novel Migrante…